According to figures released last week by the Louisiana Gaming Control Board, winnings at Louisiana’s state-regulated casinos were down 1.6% in March compared to the year before. The 13 riverboat casinos, four racinos, and Harrah’s land-based casino brought in $221.5 million during the month, compared to $225.1 million in March 2021.

However, the New Orleans gambling market posted a 3.8% hike in revenue in March compared to the year before. The three riverboats, Harrah’s, and the slots at the Fair Grounds brought in $53.5 million in March, compared to $51.6 million in winnings during March 2021.

Baton Rouge’s riverboat casinos had a 10.3% hike in revenue in March compared to the year before, thanks to a strong performance at L’Auberge Baton Rouge, which was the only property to post a year-to-year revenue increase in the area, bringing in $18.9 million during the month, a 24.9% increase over $15.1 million in winnings it posted in March 2021.

The three riverboats brought in $25.7 million in March, compared to $23.3 million in winnings during March 2021.

Hollywood Casino, which is in the middle of an expansion that aims to move the gaming floor onto land, had a 19% drop in revenue. The casino brought in $6.6 million last year and $5.3 million in March. Winnings at the Belle of Baton Rouge were down 7.2% from March 2021, going from $1.6 million last year to nearly $1.5 million this year. 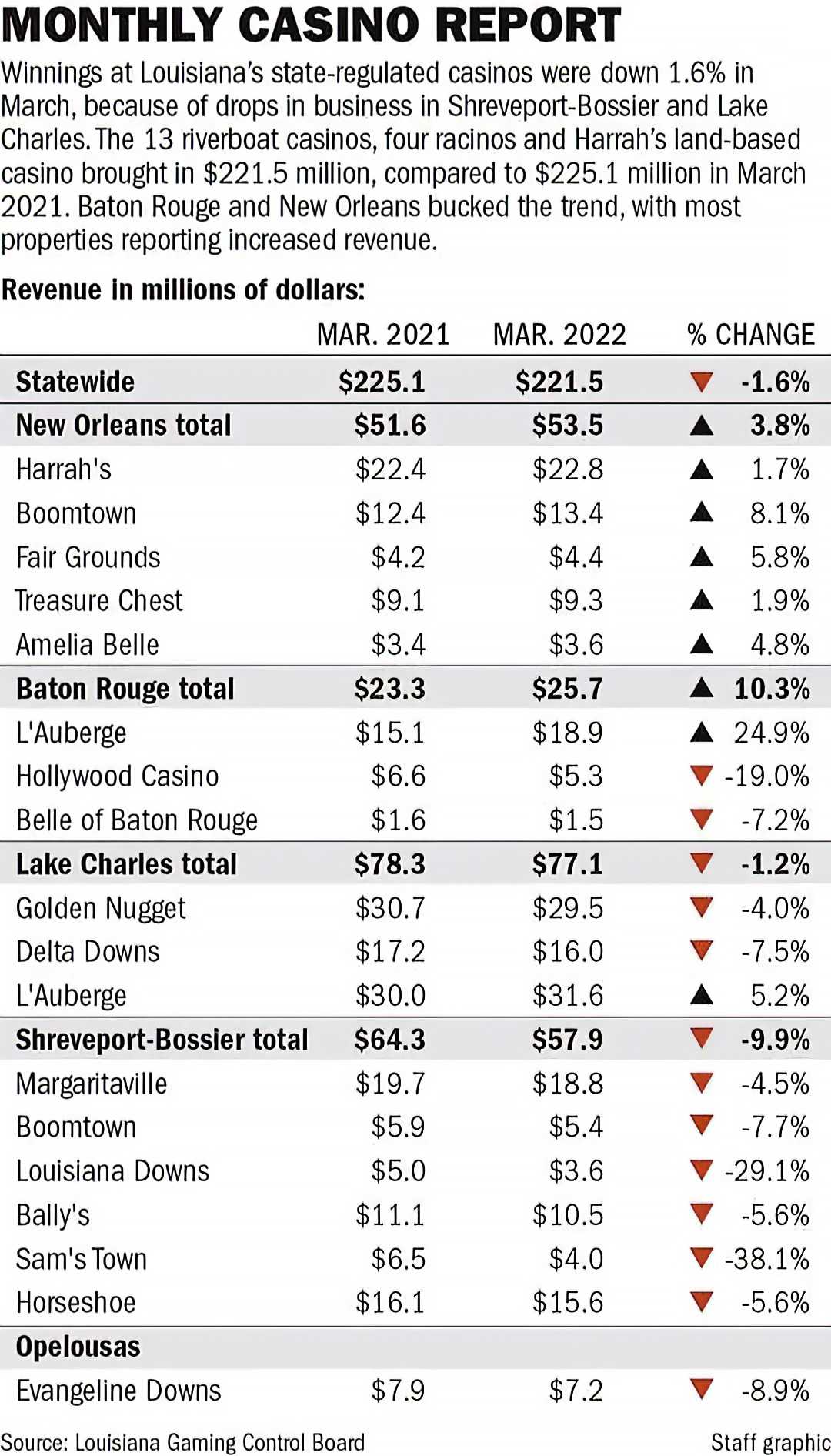 Top Things To Check Before Playing At An Online Casino