Admin Admin
Sophie has already made a huge impact on the Málagan scene in its first month and now it announces further headliners to come including all new names Damian Lazarus, Move D, Guti, Dani Ramos, Rakim Under and Dorado on August 14th, while Luciano has been added to the closing party on August 28th next to Mathew Jonson (live), Sonja Moonear and Priku. Artists from all over the world have now already performed at Sophie including Paul Kalkbrenner, Enzo Siragusa, Francesco Del Garda, Sweely, Traumer, Jamie Jones, Chris Stussy, Giorgia Angiuli, Archie Hamilton, Mandar, Janeret, and more. The location is a 3000-capacity open air and sun-kissed venue that’s been specially built for this series. It pairs the natural beauty and culture of the area with a dance floor surrounded by nature, with lush greenery and plenty of organic materials making for a place where people can really feel they belong.
Say the founders, “The truth is we are delighted with this first month of the festival because we have accomplished something that the people from Málaga could only dream of a couple of months ago. There was nothing going on in the city that properly represented electronic music culture in its realest form, but with crazy production and a world class sound system that wouldn’t be out of place in Ibiza, it feels we have achieved this.” 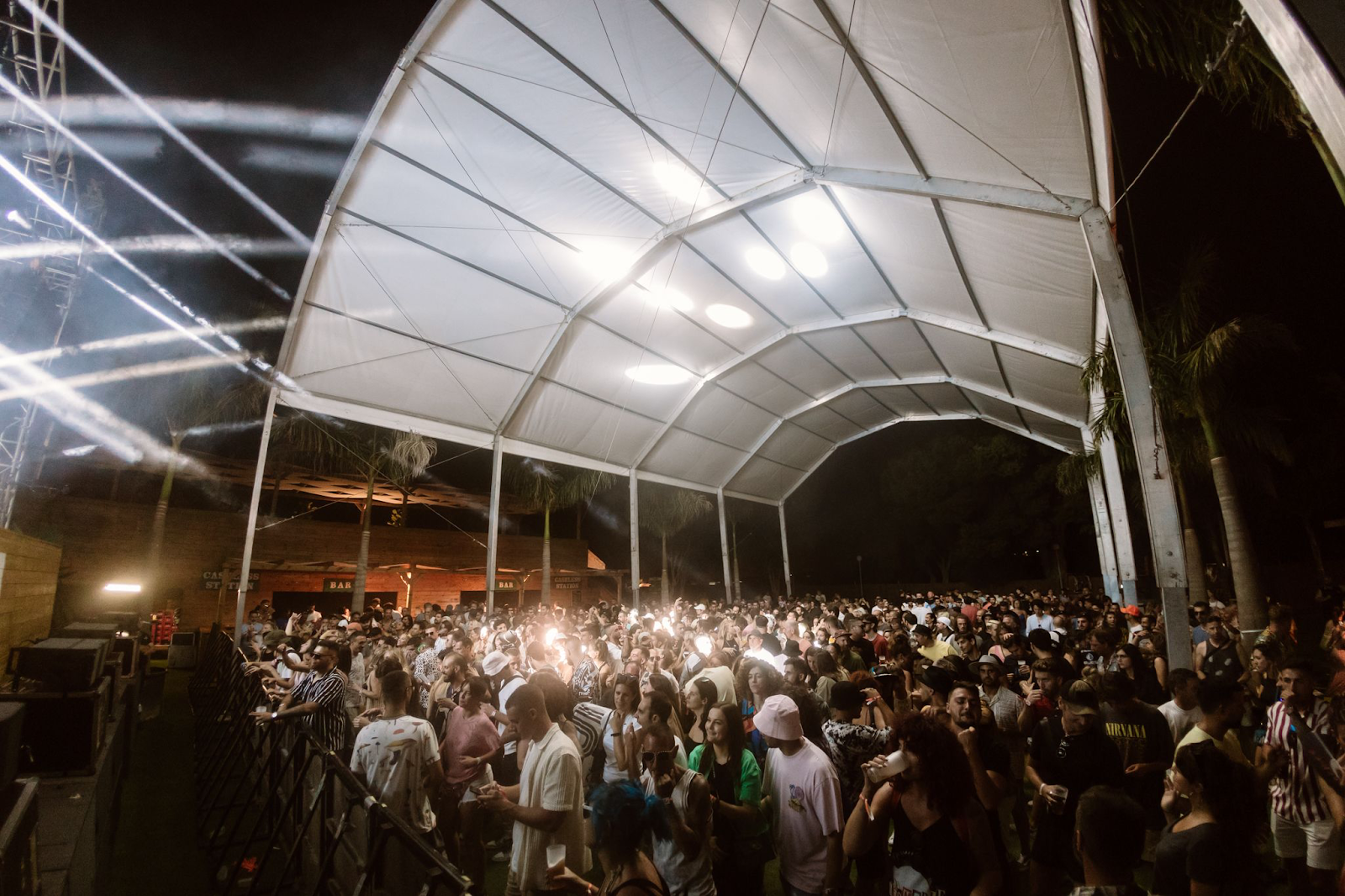 The team is set to build on the early success of the season with four more essential parties. August 14th sees Crosstown Rebels boss Damian Lazarus play with Guti b2b Dani Ramos and Rakim Under b2b Dorado on August 14th, then on August 21st French house trio Apollonia lineup with cult diggers Craig Richards b2b Nicolas Lutz, plus Gene on Earth and Sugar Free. Finally, Swiss Chilean minimal master Luciano has been added to the irresistible closing party on August 28th next to Mathew Jonson (live), Sonja Moonear and Priku, with a secret closing party yet to be announced. 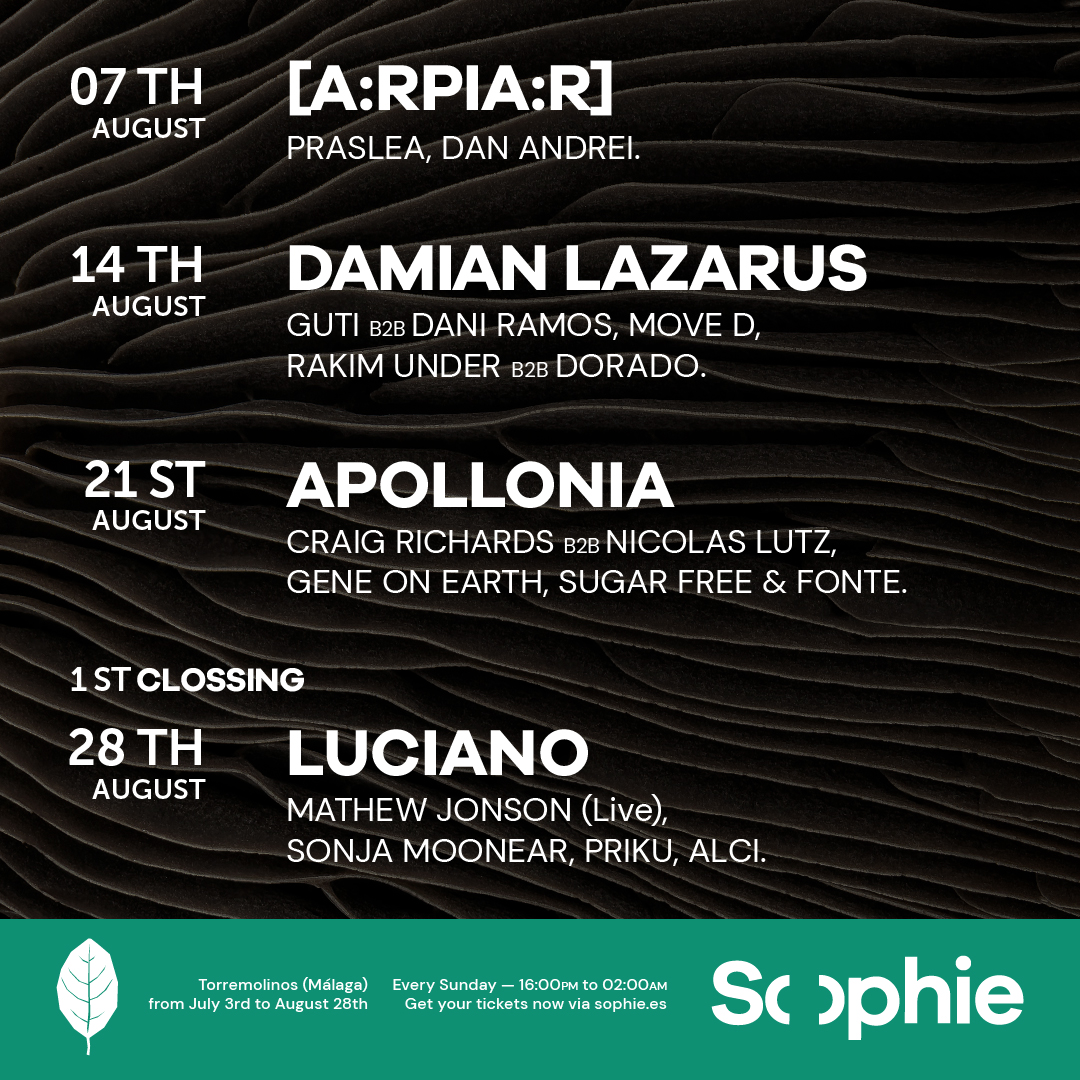