TA: Why Bitcoin Price Could Eye Strong Recovery Above $41.5K

Bitcoin price remained well bid above the $39,250 support zone. BTC formed a base and started a fresh increase above the $40,000 resistance zone.

The bulls gained strength and were able to push the price above $40,500. There was a move above the 23.6% Fib retracement level of the main drop from the $43,415 swing high from the $39,240 low. Besides, there was a break above a connecting bearish trend line with resistance near $40,000 on the hourly chart of the BTC/USD pair.

The pair even broke the $41,000 resistance zone and settled above the 100 hourly simple moving average. An immediate resistance on the upside is near the $41,350 level. 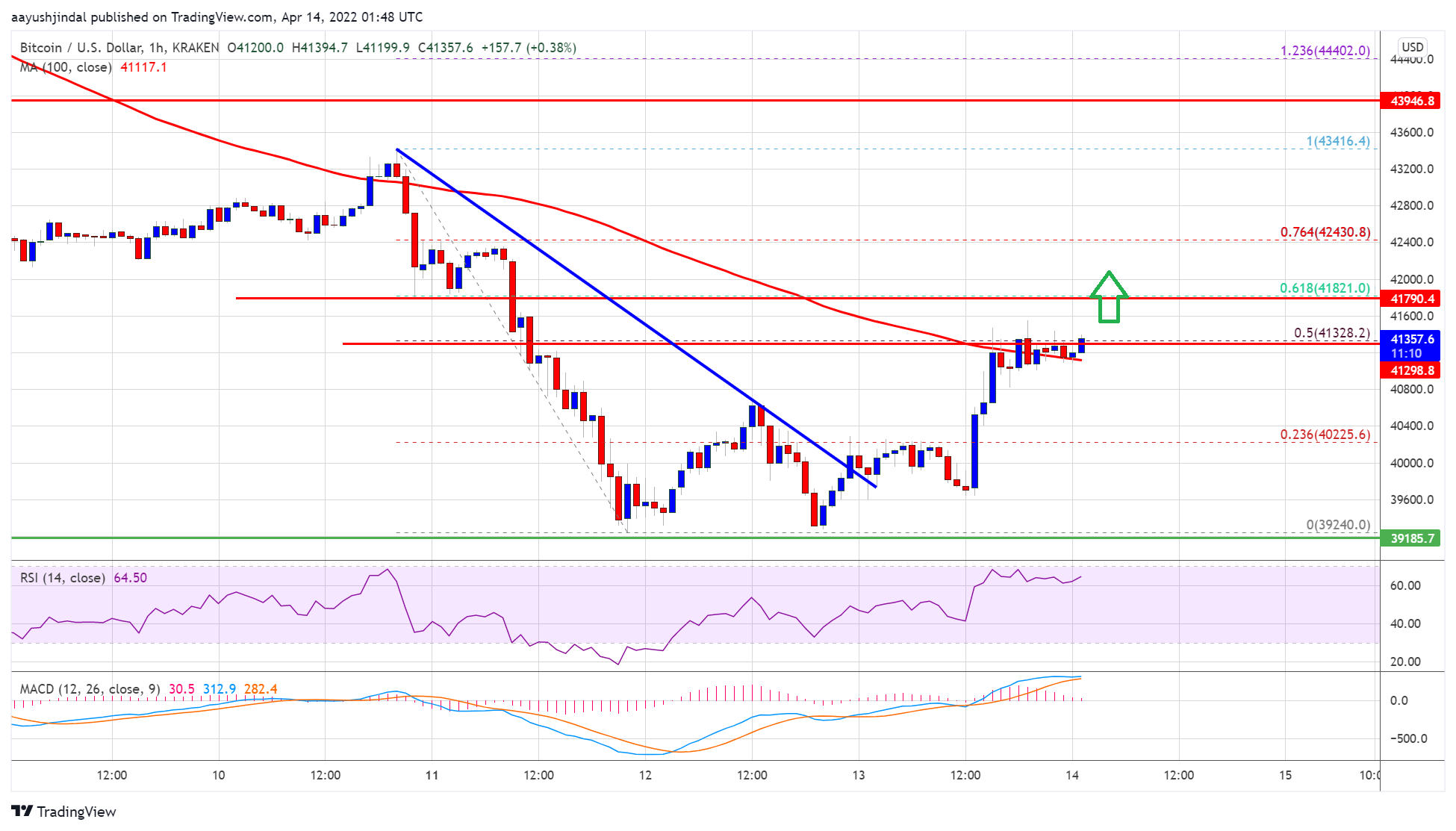 In the stated case, the price may perhaps rise towards the $41,800 resistance zone. Any more gains could set the pace for a move towards the $42,500 level in the near term.

Another Decline in BTC?

If bitcoin fails to clear the $41,500 resistance zone, it could start another decline. An immediate support on the downside is near the $41,000 level.

Hourly MACD – The MACD is now gaining pace in the bullish zone.

Hourly RSI (Relative Strength Index) – The RSI for BTC/USD is now well above the 50 level.