Major Bitcon ETFs are breaking records in terms of BTC inflows. The United States’ first bitcoin (BTC) linked Exchange-traded fund (ETF), ProShares ETF which trades under the ticker BITO on the New York Stock Exchange has secured a new achievement. As per Arcane Research, the total Bitcoin exposure in the BITO ETF has created a new all-time high with over 28,000 BTC. It has been possible due to the heavy inflows over the past two weeks.

BITO to roll out 3846 futures contracts

The Arcane Research explained that such heavy inflows into futures-ETFs over the weeks may have spill-over effects on bitcoin’s price. However, it also mentioned that market makers chase for delta-neutrality which eventually leads them to gather more in the spot market to balance net short exposure.

Adding on, BITO has announced to roll out its 3846 March futures contracts. The last time rolling period proved to be very difficult due to the uncertain market conditions following the Russian-Ukraine conflict. 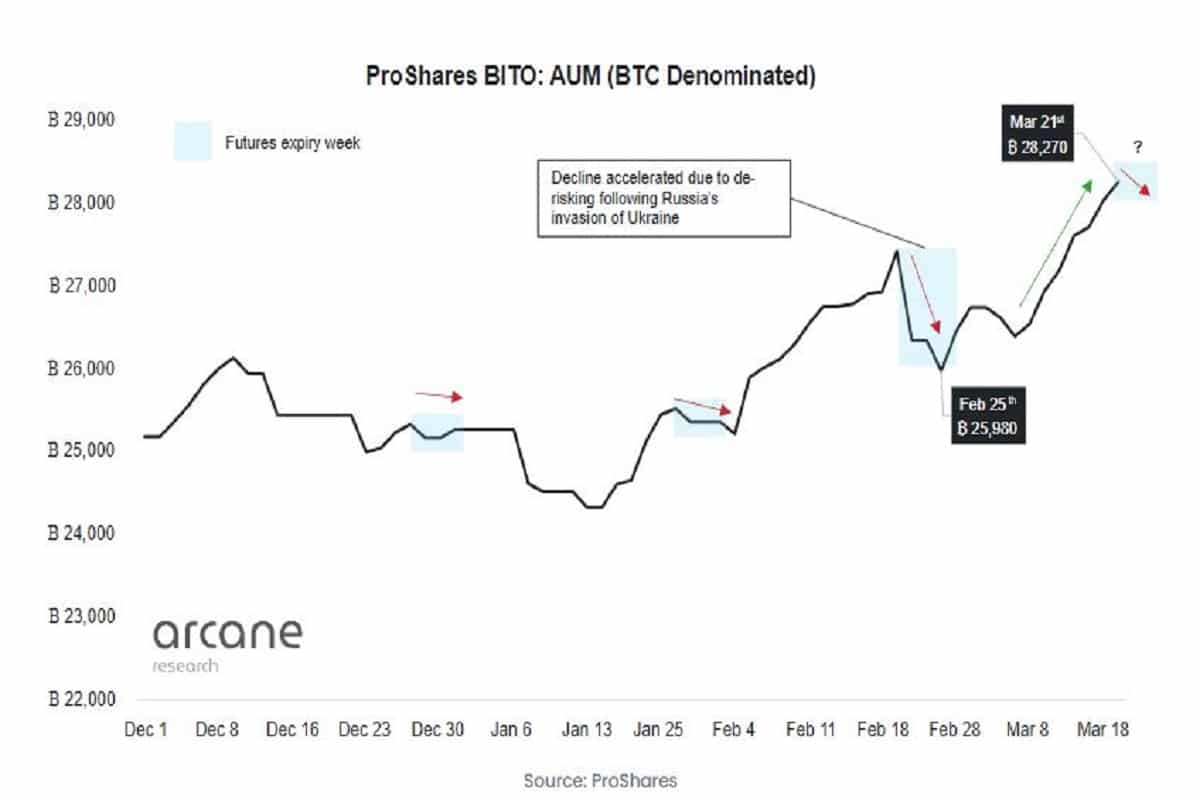 However, On Monday, BITO opened its March exposure by rolling 437 March contracts to April. The funds saw impressive inflows of 225 BTC in a day.

In the end, the research has suggested that the strong inflows to ETF signal that investors’ desire for Bitcoin is increasing through traditional investment methods.

According to Wu Blockchain, data from Glassnode depicts that the Purpose Bitcoin ETF which is the first ETF in North America now holds 36,271.8 BTC. This is the highest number of Bitcoins held by the fund. Meanwhile, the ETF has added 2,473.5 BTC in just the past two weeks.

Ashish believes in Decentralisation and has a keen interest in evolving Blockchain technology, Cryptocurrency ecosystem, and NFTs. He aims to create awareness around the growing Crypto industry through his writings and analysis. When he is not writing, he is playing video games, watching some thriller movie, or is out for some outdoor sports. Reach me at [email protected]