You can now buy LINA, which gained over 50%: here’s where

Bitcoin’s value can be looked at in different ways, says FTX US President

Investors added to their positions during last week’s price dip, CoinShares said in their latest report.

Bitcoin funds recorded weekly inflows of nearly $300 million even as the market recoiled from the devastating collapse of Terra’s LUNA and UST.

Outflows over the week came in at $38 million from European investors, “where sentiment was polarized,” CoinShares wrote. 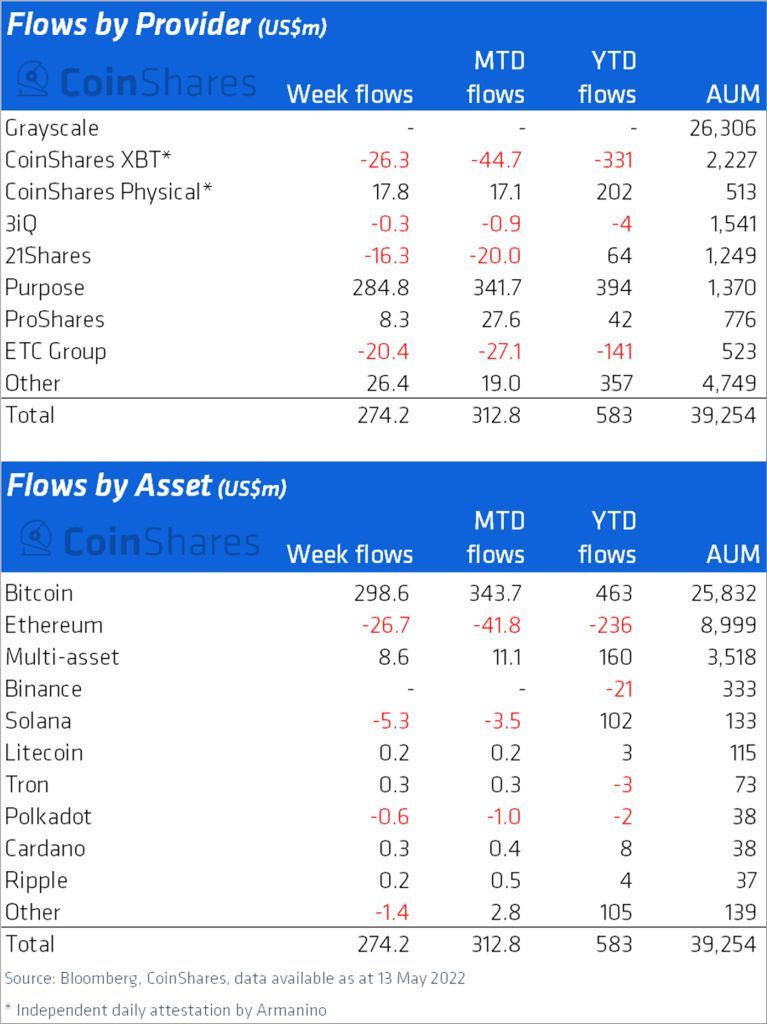 In total, inflows into crypto investment products totaled $274 million over the last week.

While Bitcoin saw an increase in flows, Ethereum recorded outflows of $27 million. Year-to-date, Ethereum products have seen outflows of $236 million, or 2.6% of the total assets under management (AUM). Inflows into Bitcoin products stood at $463 million year-to-date last week.

Terra’s AUM fell 99%, although some investors still managed to add to positions by $0.043 million.