After a major bloodbath on Satoshi Street earlier on Monday, Bitcoin bears seem to be taking some rest for now. The world’s largest cryptocurrency continues to trade at under $22,000 levels as of now.

One thing positive about the Bitcoin market is that retailers haven’t given up any hope despite the aggressive correction. On-chain data provider IntoTheBlock explains:

Regardless of the rampant downtrend, retail buyers have been constantly accumulating $BTC since the ATH of November 2021. The group of addresses holding <1 BTC increased their balance by 100,395 BTC since November. This is a 10.11% increase vs the 68% drawdown in price.

Analysts have been trying to predict the Bitcoin bottom, however, everyone has been clueless for now! Another crypto trader IncomeCharts notes that this could be a good time for spot buying of BTC. The crypto trader writes:

Who cares or knows what the exact bottom will be. Now is the time to be buying like crazy. These are key levels I like for support. I think $20k holds but if I’m wrong I’ll buy lower. Not selling any of this until $34,000 or $40,000 targets. 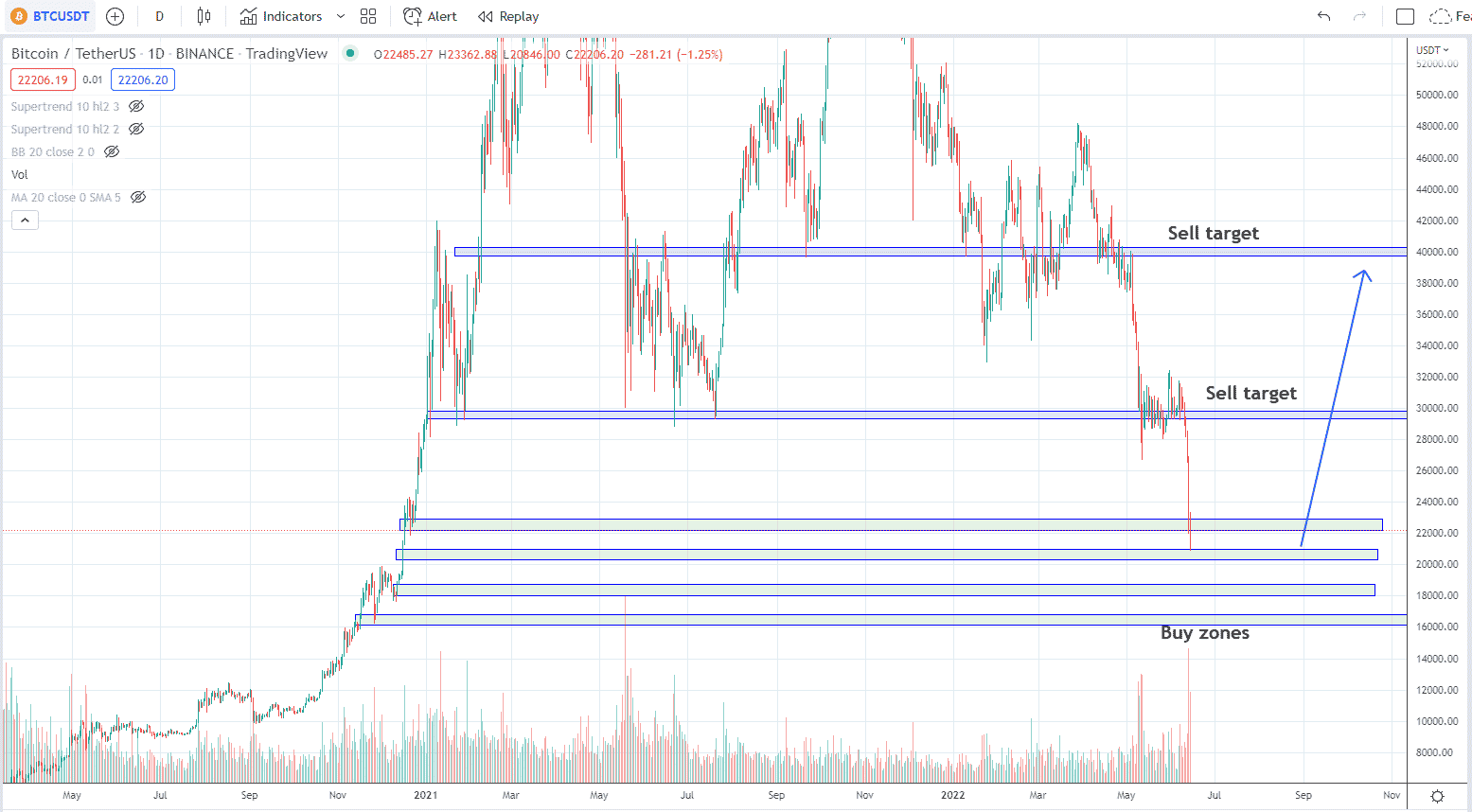 With Bitcoin crashing more than 25% under its crucial support, Peter Schiff believes that Bitcoin can sell further downside from here. Sharing the below chart, Schiff writes:

How can anyone long Bitcoin look at this chart and not sell? Even if you think Bitcoin will ultimately trade higher, it’s hard to image that it doesn’t test long-term support at the lower line first. I think it will fail that test. Regardless, better to sell now and rebuy lower. 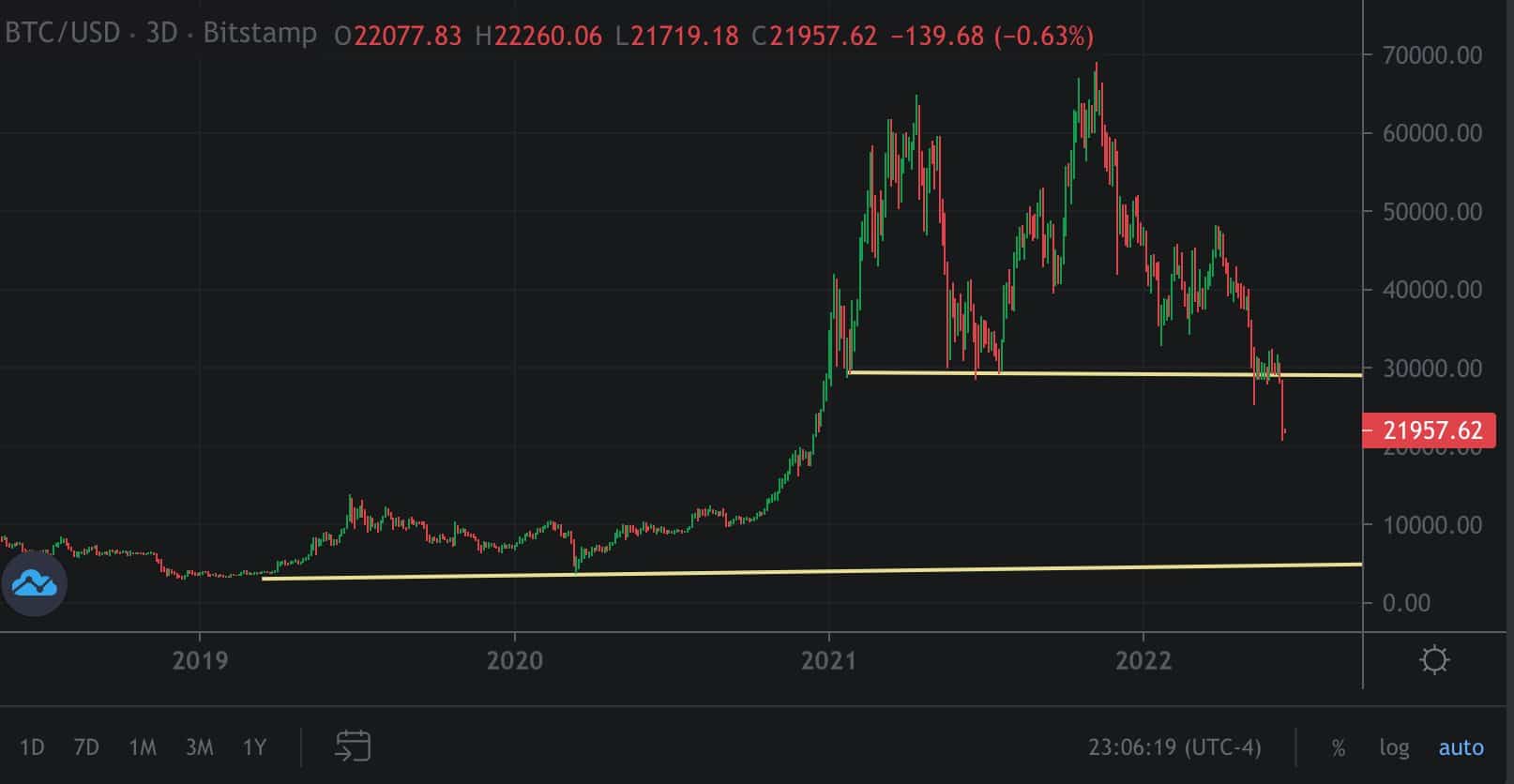 Last weekend, Peter Schiff issued a warning that as inflation continues to soar, the could be a further sell-off in Bitcoins by long-term holders. Last month, Guggenheim Chief Investment Officer Scott Minerd said that Bitcoin can fall further to $8,000. Speaking to CNBC, he said:

“When you break below 30,000 [dollars] consistently, 8,000 [dollars] is the ultimate bottom, so I think we have a lot more room to the downside, especially with the Fed being restrictive”.