Best cryptocurrency to buy – Will subnets take AVAX to the moon?

Bank of America CEO: We Have Hundreds of Blockchain Patents — But Regulation Won’t Allow Us to Engage in Crypto – Regulation Bitcoin News

The Iowa Racing and Gaming Commission has “put on hold” consideration of a pending gaming license application from supporters of a Linn County casino, following a bill passed late in the legislative session, which places a two-year hold on new gambling licenses in the state.  says he anticipates a full halt in the licensing process.

“They indicated that they would not be accepting applications at this point,” the commission’s administrator Brian Ohorilko said after a meeting Thursday, as reported by Corridor Business Journal. “At least at this point, it’ll be difficult to do much in terms of moving forward with an application process and until that moratorium is out, if indeed that bill goes into law”, he had stated earlier, according to Radio Iowa.

Governor Kim Reynolds has not yet indicated whether she will sign the casino moratorium bill into law. Organizers in Cedar Rapids wanted the Commission to consider an application for a casino there after the Linn County gambling referendum passed.

“The Commission at the March meeting had indicated they were prepared to accept applications, and that occurred after the commission had been approached by stakeholders in that community that they were ready to file an application. Obviously that was after the referenda had passed in November 2021” he said.

Ohorilko indicated the process was just getting started, and that there has not been any “due diligence or any considerable amount of time put in by the commission members with regard to the process”.

If the bill goes into law, the Iowa casino landscape could change considerably in two years, such as the start up of gambling in Nebraska. “Rules have been filed in that state, ground is broken in a number of locations, the different locations have different timelines. I think it’s possible that we’ll see some temporary facilities this fall or winter”, Ohorilko stated, and added that all of the Nebraska facilities are likely to be up and running next year, impacting Iowa casinos.

“Two years can go fast, but it’s also a lot of time in terms of economic conditions with respect to casinos. If you were to look two years back from today’s date, no one would have expected the ups and downs that that industry would have gone through and so, so I can’t say for sure” the commission administrator concluded. 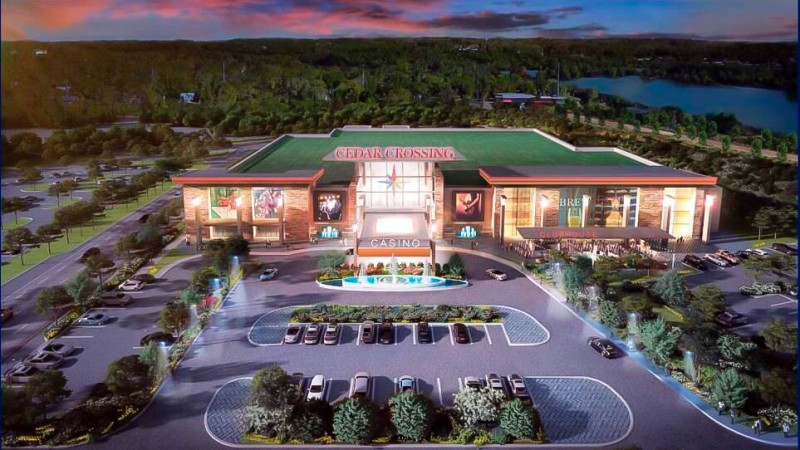 Despite lawmakers passing the bill, developers and backers of a $250 million casino proposal in Cedar Rapids unveiled last week their plans for a project called “Cedar Crossing”. The Linn County Gaming Association, Cedar Rapids Development group and Peninsula Pacific Entertainment (P2E) said they would jointly apply for a gaming license with the Iowa Racing and Gaming Commission after the moratorium on new licenses ends in June 2024.

The plan is backed by Cedar Rapids Mayor Tiffany O’Donnell, who has asked Gov. Reynolds not to sign the bill, and indicated some hope that the release of the site plans could sway the state in Cedar Rapids’ favor.

Peninsula Pacific Entertainment struck a $2.5 billion deal in March to sell most of its remaining assets to Churchill Downs Inc. Swain has said the Linn County casino would be its “cornerstone” gaming property. That transaction did not include the Cedar Rapids Development Group.