Ethereum has declined below $2,900 after bulls gave up the $3,000 support level over the weekend. The drawdown in the price of Ether (ETH) comes as the top cryptocurrency Bitcoin (BTC) also faces massive sell-off pressure after dropping below $40,000.

While he maintains a bullish outlook for top two cryptocurrencies by market cap, top crypto trader and analyst Rekt Capital sees a potential dip to lows of $2,600 for Ethereum.

“ETH has flipped ~$3050 into new resistance on the weekly timeframe,” the analyst said pointing to a chart showing Ethereum price has dropped over the past four weeks.

“As a result, ETH now has a greater chance of performing a long downside wick to even as low as $2600 on the monthly timeframe,” he noted. 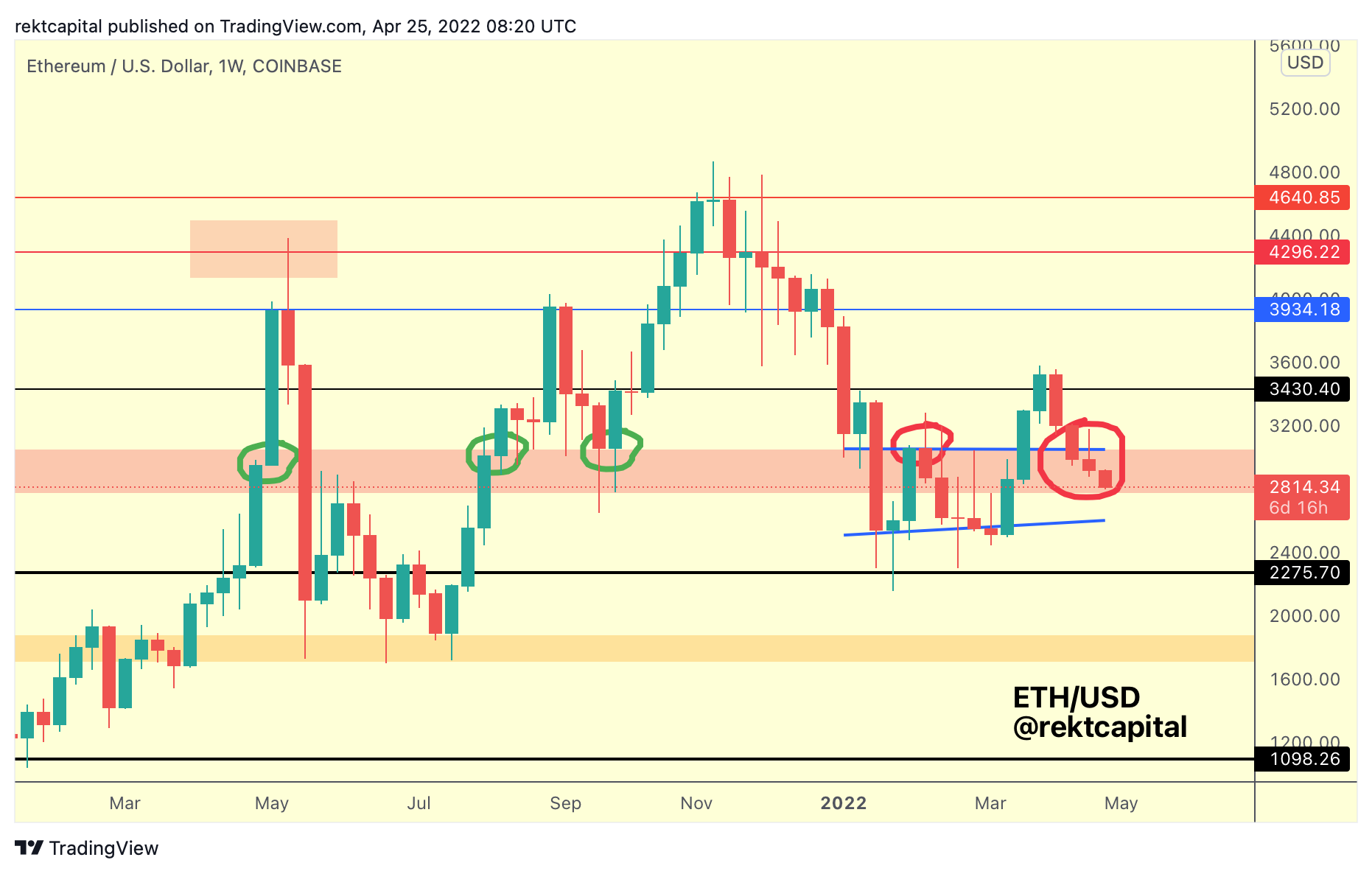 Although the prominent crypto analyst suggests that Ethereum could yet flip lower, he thinks bulls may yet see $3,000.

“ETH volatile retest of ~$3000 (black) may very well be in progress. Downside wick could go down to as low as the green Higher Low ($2600). A wick into the HL before ultimately performing a Monthly Candle Close above ~$3000 (black) would be bullish.”

Here is a chart showing the analyst’s take on what could happen next for ETH/USD. 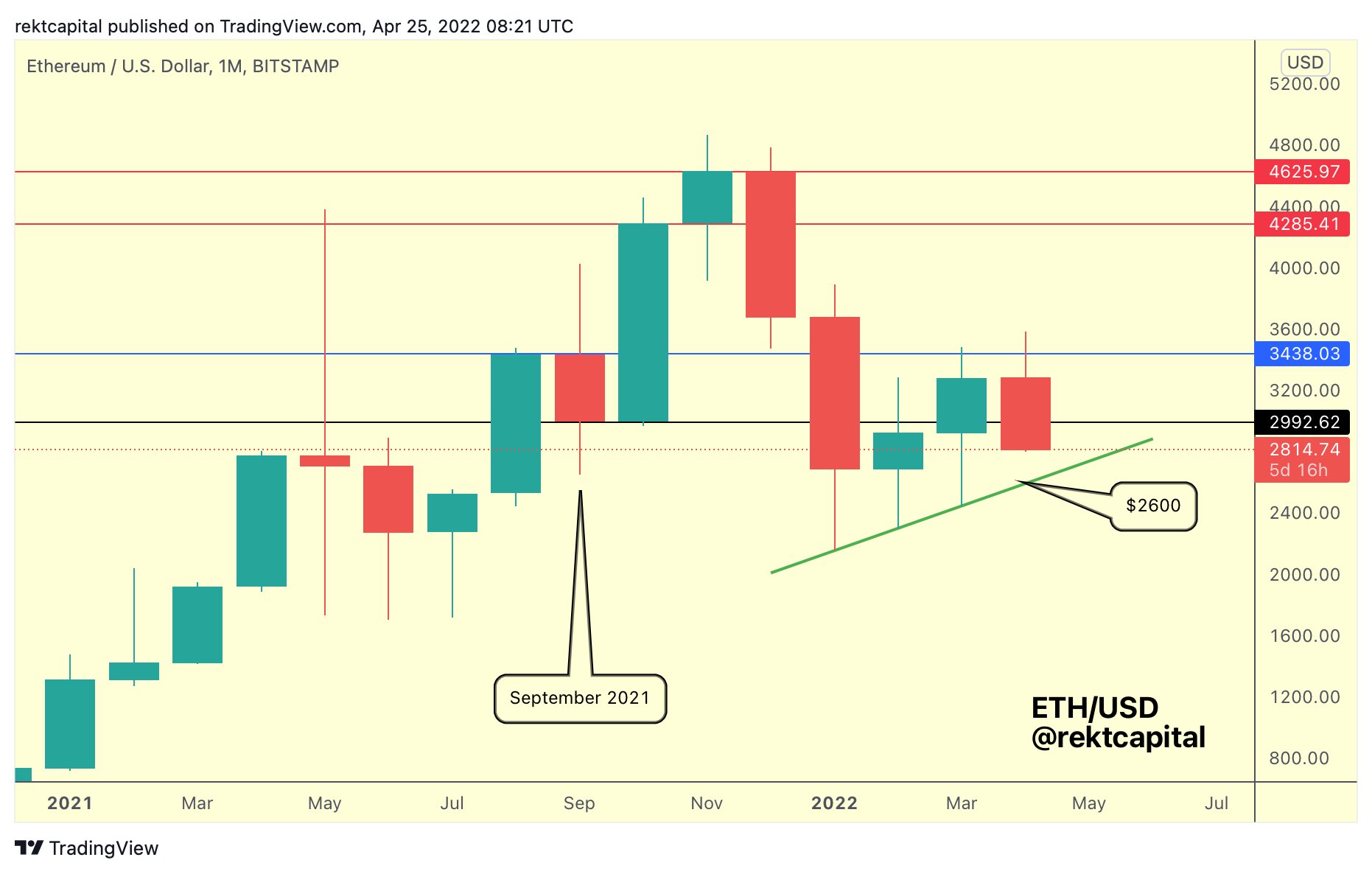 Ethereum traded at highs above $3,500 earlier this month. Data from CoinGecko shows that at current prices, the ETH/USD pair is down nearly 11% in the past two weeks and 8% in the past 30 days.