Cryptos in the green despite bearish prognosis

Bitcoin (BTC) Price Needs To Confirm These Levels For A Breakout

Volta Create allows all artists no matter their budget or skill level to create world-class visuals to accompany and elevate their live performances.

Free, self-service XR creation platform Volta announces the launch of a new version of Volta Create. This new version is another standout development for the fast-growing, industry-leading platform as it features designs and worlds used by BONOBO, Jamie Jones, TSHA and more during their headline shows at Glastonbury, and by NERO, Noizu and Brux at shows at the Brooklyn Mirage.

Volta Create allows all artists no matter their budget or skill level to create world-class visuals to accompany and elevate their live performances. Epic visuals from major league International festivals are now no longer the preserve of top tier DJs – anyone can access them and use them on their own artist channels whether live or streamed on Twitch, YouTube, Mixcloud or TikTok. Not only are artists able to create live performances, but Volta Create is a great tool to produce high quality music videos just like Imogen Heap did for her single ‘Last night Of An Empire’.

This tool is the first of its kind and, unlike other 3D and music visual software offerings, it remains completely free, doesn’t require specialized knowledge or any unique skill set and is available on all desktops. The Volta team will also soon be announcing another new feature, which will allow creators to monetize their live streams via audience interaction, but the platform will still remain free for creators.

Previous performances have proved the immense value of using Volta Create for all artists across styles and genres with increased fan engagement and viewership stats. Machinedrum’s performance from NYC streamed to PointBlank’s Youtube channel, for example, saw a 10X increase in live chat engagement.

Alex Kane, Co-founder of Volta, says “Over the past few months we got to show off the next phase of Volta with some of the biggest artists, on some of the biggest stages at some of the most renowned events and venues in the world… The opportunity to do so was mind blowing to say the least. Getting to share this new technology and seeing the worlds and experiences artists create is even more exciting.”

The latest update includes many new 3D elements as well as exciting features. New worlds from Glastonbury and Brooklyn Mirage have been added including those used by Bonobo, Jamie Jones, NERO, TSHA and more. Recently, the legendary DJ Yoda used Volta Create to design and livestream a DJ set entitled ‘Cinema Yoda’ to his Twitch channel. With the use of the panning camera angle feature, Yoda achieved a uniquely immersive feel to his set-up which took it to another level.

DJ Yoda goes on to say “Volta and I built the first iteration of my new live stream set ‘Cinema Yoda’. Various camera angles allowed the stream to showcase not only an XR world I have wanted to make for a long time but a new way to show off my turntables within it. My audience could step into the world of DJ Yoda both musically and visually. This was the first of many performances in Volta worlds to come… keep an eye out for more soon!” 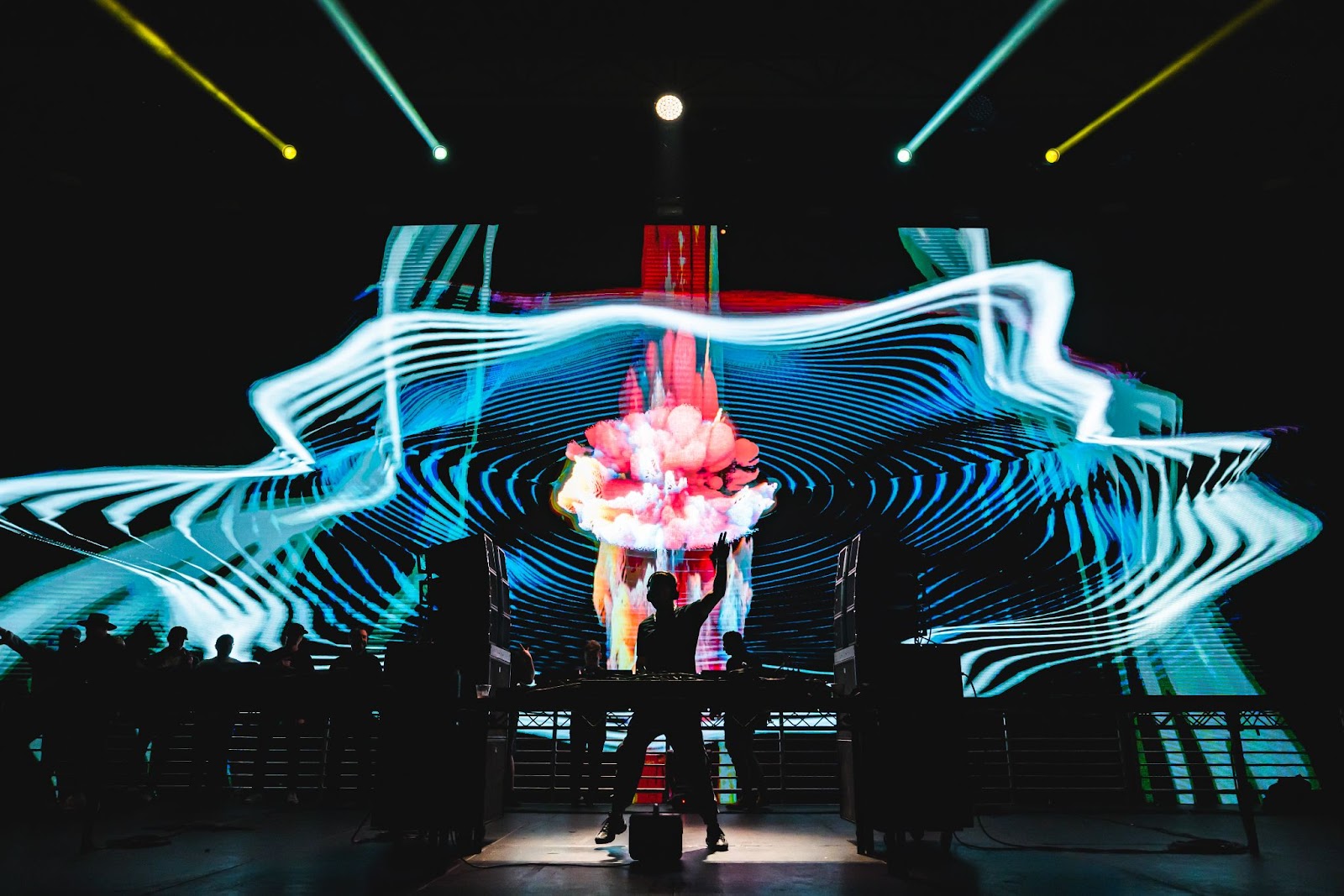 Other features include output custom resolutions that allow users to choose any rectilinear resolution a new graphic generator in visual sources that allows text, shapes and gradient, plus kaleidoscope effects, a new video playback engine, more reliable and faster triggering of video visual sources when toggling between videos in a folder, Ableton Link settings, MIDI mappings for many DJ devices and plenty more bug fixes relating to load and save, triggers and much more.

Recently, the world renowned Amnesia Club in Ibiza experienced the first run of the brand new Volta Create. With artists like Horse Meat Disco, Freddy K, Cassie and more, the club was transformed into a 3D mixed reality experience that was real time generated and completely audio reactive.

This is the latest step in Volta’s on-going mission to democratize the creation of mixed reality mind-bending performances for all artists all over the world. It comes after important partnerships with headline artists during this year’s Glastonbury as well as receiving a $500k grant from Innovate UK, the government-backed agency which drives productivity and economic growth.